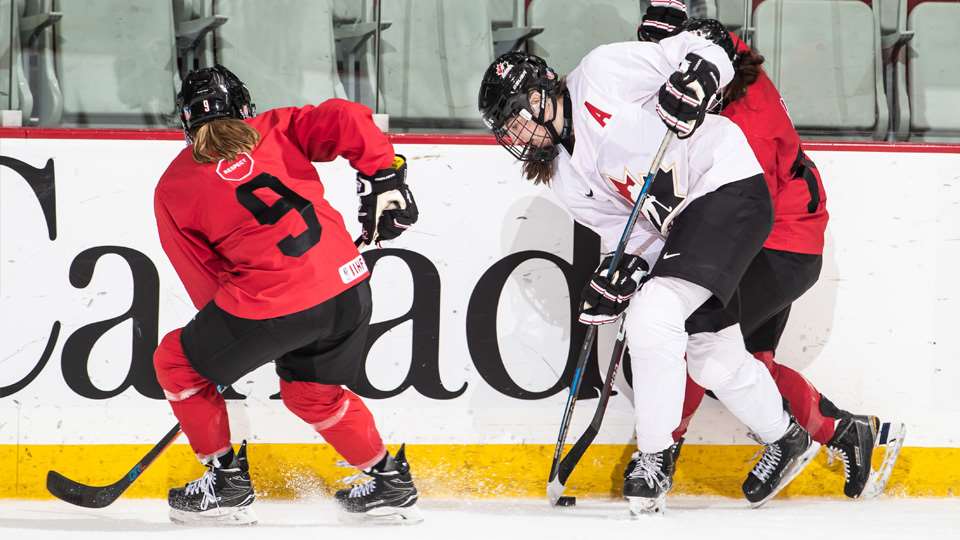 89 players will gather in Calgary ahead of Canada-U.S. series in Lake Placid

CALGARY, Alta. ? Hockey Canada kicks off the 2019-20 season with 89 of the country?s top under-18 and development team talents on the ice for selection camps at the Markin MacPhail Centre at WinSport?s Canada Olympic Park in Calgary, Aug. 2-11.

The athletes will compete for a chance to wear the Maple Leaf in a pair of three-game series against the United States in Lake Placid, N.Y., from Aug. 14-17.

?Ultimately, the Summer Showcase is about bringing in the top under-18 and development-aged athletes, and to work with experienced staff and give them the resources and tools they need to be successful and grow,” said Gina Kingsbury, director of national women?s teams. “For the under-18 program, this is the first step of our process towards defending gold at the 2020 IIHF U18 Women?s World Championship. At the same time, it?s an important touch point for our development-aged athletes to give them critical experiences ahead of the start of their club-team seasons, and push for an opportunity for 2022. It enables Hockey Canada to provide experiences, teaching and feedback necessary for athletes to take their game to the next level.?

On the development roster, 17 players are back from the team that faced the U.S. in a three-game series last summer in Calgary, along with six who won gold with Canada?s National Women?s Under-18 Team at the 2019 IIHF U18 Women?s World Championship in Japan. On the U18 side, five returning world champions are among the camp invites.

At the BFL National Women?s Development Team Selection Camp, set for Aug. 2-11, the 45 invitees ? seven goaltenders, 13 defencemen and 25 forwards ? will be split into two teams to participate in practices, intrasquad games, off-ice training, fitness testing and classroom sessions. The camp will also include a team of U SPORTS all-stars, as well as national teams from France and Japan.

At the BFL National Women?s Under-18 Team Selection Camp, set for Aug. 3-11, the 44 players ? six goaltenders, 14 defencemen and 24 forwards, will be split into two teams to participate in practices, intrasquad games, off-ice training, fitness testing and classroom sessions. The camp will also include Russia?s national women?s under-18 team.

Full on-ice schedules for both camps are available at HockeyCanada.ca/Showcase. All games are free and open for the public to attend.

Media accreditation for the Team Canada Summer Showcase can be requested online.