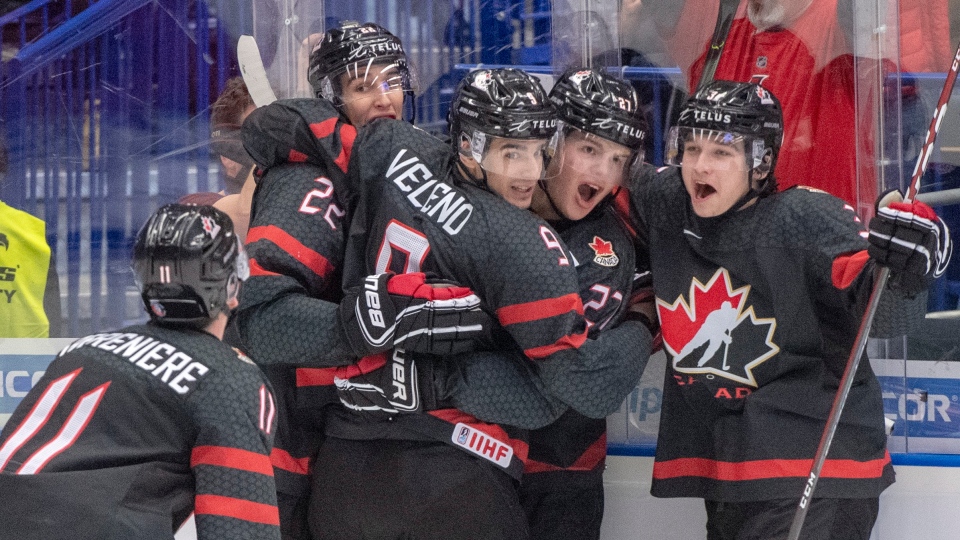 Canada is golden again at the world junior hockey championship.

Akil Thomas scored with 3:58 left in the third period to cap a furious comeback and secure a 4-3 victory for the country’s 18th title at the annual under-20 tournament.

The Los Angeles Kings prospect stretched to grab a loose puck before roofing a backhand for his first goal of the event past Amir Miftakhov to send Ostravar Arena into a frenzy.

Connor McMichael, with a goal and an assist, Dylan Cozens and Barrett Hayton, in a gutsy return from injury, provided the rest of the offence for Canada.

Joel Hofer, who wasn’t on Hockey Canada’s radar before the fall and started the event as the backup, got the win, while Alexis Lafreniere and Calen Addison each added two assists.

Grigori Denisenko, with a goal and an assist, Nikita Alexandrov and Maxim Sorkin replied for the Russians, who have now lost four finals since last winning gold in 2011. Miftakhov took the loss in goal.