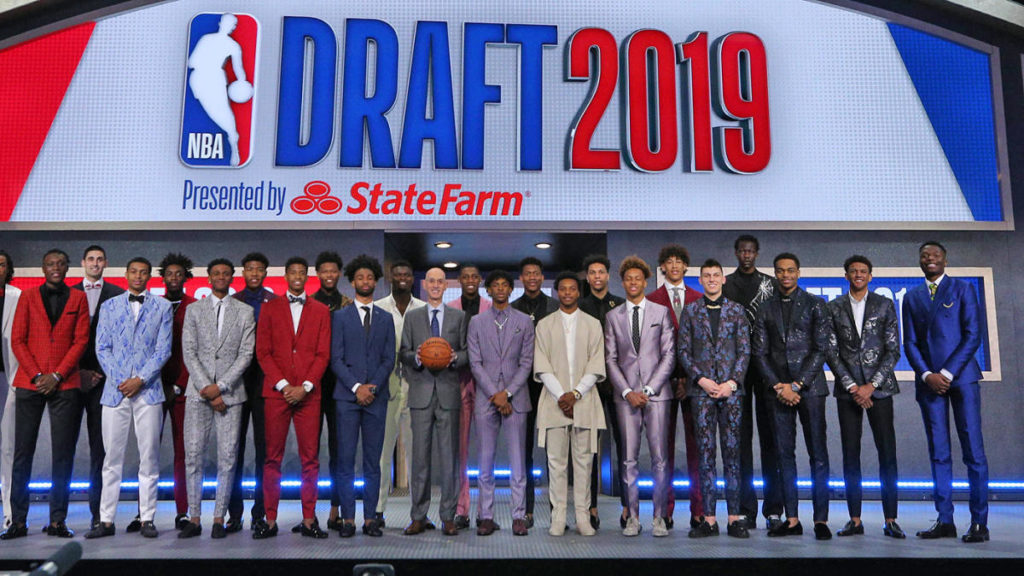 ?BROOKLYN, N.Y. ? R.J. Barrett was picked third overall by the New York Knicks in the NBA draft, kicking off a record-setting night for Canadian basketball.
A native of Mississauga, Ont., and a star with Duke University, the six-foot-seven Barrett was the first of four Canadians selected in the first round of the NBA draft on Thursday night, a new record for Basketball Canada. Two more Canadians were selected in the second round, setting a new record for most players picked from any country outside the United States in a single draft. France had five players drafted in 2016.

“Today is a momentous day for all our Canadian players drafted into the NBA,” said Rowan Barrett, general manager of Canada?s senior men?s basketball team and R.J. Barrett?s father. “With a record number of Canadians selected in the 2019 NBA Draft, this exemplifies our players reaching for the highest levels in the sport.

“This growth has not happened overnight and is result of many years of planning, programming and winning.”

Virginia Tech guard Nickeil Alexander-Walker of Toronto was selected 17th overall by the Brooklyn Nets, the second Canadian picked in the draft. Vancouver-born and Arizona-raised Brandon Clarke of Gonzaga was taken four picks later, going to the Oklahoma City Thunder at 21st overall.

Mfiondu Kabengele of Burlington, Ont., who played for Florida State last season, was drafted by the Nets 27th overall. However, ESPN reported that Brooklyn had a deal in place with the Clippers that will send Kabengele to Los Angeles.

Michigan forward Ignas Brazdeikis of Oakville, Ont., was drafted in the second round, 47th overall, by the Sacramento Kings to match the worldwide record. Several media reports indicated that the Kings had a deal in place to send Brazdeikis to the Knicks, where he will join Barrett.

The Philadelphia 76ers took Ottawa?s Marial Shayok in the second round, 54th overall, making him the sixth Canadian drafted on Thursday night. That pick officially set the new benchmark for non-American selections in a single NBA draft.

“I?d like to congratulate all our Canadian players on achieving their dreams after being selected during tonight?s NBA Draft,” said Basketball Canada president and CEO Glen Grunwald. “As a country, Canada continues to produce some of the top basketball talent in the world as a Canadian has now been selected in each of the last ten NBA drafts.”

Arizona State guard Luguentz Dort of Montreal will sign as a free agent with the Oklahoma City Thunder, according to ESPN.

The evening was a continuation of a memorable week for Canadian basketball. A massive crowd cheered on the NBA champion Raptors during a parade and rally in downtown Toronto on Monday, four days after the team became the first squad from outside the U.S. to capture the crown.

Canada?s previous record for most players taken in a draft was four, set in 2014. That year three Canadians were taken in the first round.

R.J. Barrett was the highest Canadian picked since Andrew Wiggins went first overall to the Cleveland Cavaliers in 2014. The younger Barrett wore a pink suit with black shirt, tie and pocket square. The lining of his suit was covered in red maple leaves.

The NBA champion Toronto Raptors entered the night without a pick in the first round. They selected centre Dewan Hernandez 59th overall.